Technical analysis (TA) isn’t an exact science but one of the most popular TA tools traders use are Fibonacci levels.

These tend to act as support and resistance areas, if only because so many traders with large amounts of capital watch these levels placing buy and sell orders on or around them, that they become a self-fulfilling prophecy.

How to Plot Fibonacci Levels

Open an altcoin price chart on Coingecko.com then click ‘Live chart’ to open the more advanced chart in Geckoterminal. Expand the button in between the trend line and paint brush tools and select Fib retracement. Alternatively use Tradingview.com.

The higher the timeframe, the more accurate the Fibonacci retracement tool tends to be. In the LBLOCK / USD price chart above these were plotted on the daily chart. Lucky Block is a new coin on Pancakeswap with less than two weeks of price history.

A low risk strategy would be to wait until Fibonacci levels are shown to be acting as support – as price begins to reverse at or around them, putting in a bounce – then traders would enter a position with a stoploss below the Fib level. Some traders wait for a green hourly candle to close above the Fib, others a 4h candle close – aka ‘waiting for confirmation’.

A high risk/reward trading strategy would be to place some orders in advance to ‘knife catch’ – so layer some bids above, on and slightly below the Fib level with a stoploss further below, and add to the position once in profit.

Cryptocurrency price action (PA) is volatile so the disadvantage of waiting for confirmation is less of your bids get filled, or you end up with a worse average entry. You may also need to use market orders which can have higher fees depending on the crypto exchange – large limit orders will be hard to fill once price starts bouncing.

The advantage is that you are less likely to get stopped out immediately if price wicks below a Fib level, i.e. fills all your limit orders but keeps dipping as investors who bought the top panic sell, are stopped out or liquidated.

The 0.382 Fib level acted as support on Jan 31st and Feb 1st, with the wick of the daily candle bouncing from that area. A high risk/reward strategy is more likely to work the first time a Fib level is tested, as the first retest usually provides a strong bounce.

Traders ‘catching a falling knife’ with orders at around $0.0013 and a stoploss below it would’ve been able to sell the next day when price failed to reclaim the 0.618 Fib and lost the 0.5 Fib again, for around a 30% profit.

The second time the 0.382 Fib was tested the bounce was weaker and the LBLOCK price broke down to test the 0.236 Fib. Traders knife catching here may have been stopped out as price wicked below the Fib level to $0.00064. So in this instance waiting for price to reclaim the 0.236 Fib would’ve been a better investing strategy.

The daily closed above the 0.236 Fib line and flipped it as support two days later. Traders entering after the green daily candle close with a stoploss under the 0.236 Fib would’ve caught around a 100% move.

The Lucky Block price has been in a sideways trading range between the 0.618 and 0.786 Fibonacci levels for several days. The first test of a Fib level from below usually provides a strong rejection – that happened at $0.0026.

Since three daily candles have closed above the 0.618 Fib we’d expect the 0.786 Fib to be tested again, and the rejection next time to be weaker, or in the bullish case for it to break.

The next Fib level would then be the previous all-time high at around $0.0032 which could act as resistance on the first test and LBLOCK may form a new range between that high and the 0.0786 Fib.

If the 0.786 Fib level can be flipped as support, and the LBLOCK breakout into price discovery above its all-time high, the 1.618 Fibonacci extension would be a take profit target for some traders – at around $0.005. It may be ‘front run’ slightly as some sellers take profit early – just as buyers front ran the retest of the 0.236 level on Feb 4th. 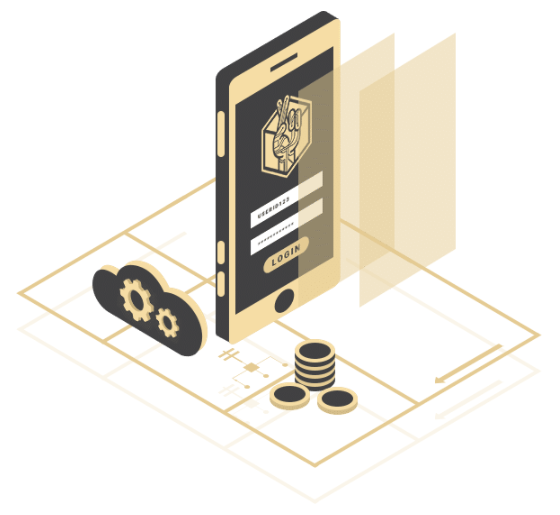 As well as technical analysis (TA) on price action we can use fundamental analysis (FA) more related to how an asset or the overall crypto markets are developing.

Lucky Block will begin trading on a second crypto exchange, LBank on Feb 11th. That would provide a higher daily trading volume increasing the chances of making a new all-time high. It also plans to release its mobile app on March 21st and finalize more centralized exchange listings.

A new bullish narrative in the crypto markets is the recovery of funds from the 2016 Bitfinex hacking which are being returned to Bitfinex rather than dumped on the market. That has improved investor confidence in Tether (USDT) – owned by Bitfinex – being backed by cash reserves, and the ability of crypto exchanges to catch hackers.

Bitcoin has broken out of its three-month bearish downtrend and looks ready to put in a higher low around $39 – $42k which would be a break in market structure and possibly begin a bullish uptrend.

Ethereum is also back above $3,000. This could result in an ‘altcoin season’ as money trickles down to more risk-on assets such as Pancakeswap new listings.

Cryptocurrency markets are highly volatile and your investments are at risk.